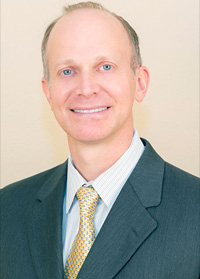 Christian Diaz Stone is an academic gastroenterologist practicing in Las Vegas, NV, since 2009. In addition to seeing general GI patients, he is an internationally recognized expert in Inflammatory Bowel Diseases (IBD) and has conducted research on Crohn’s Disease and Ulcerative colitis since completing his GI training in 2001.

Dr. Stone has been a principal or co-investigator in dozens of clinical trials investigating novel IBD pharmaceuticals and has been an invited presenter at numerous national and international medical conferences, including Digestive Disease Week, ACG Conference, and the Advances in Inflammatory Bowel Disease Conference. As a thought leader in IBD, Dr. Stone is a highly sought-after speaker for pharmaceutical industry, currently with the following companies: Janssen, Abbvie, Shire, and Takeda. In addition, he serves the public by volunteering and lecturing in the community for various Crohn’s and colitis events.