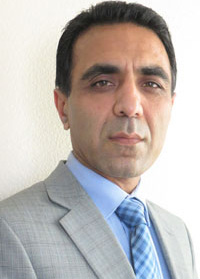 Syed Abdul Basit, MD took a longer route towards the field of gastroenterology. He did his medical training at the preeminent medical school, Khyber Medical College Peshawar, Pakistan. After graduation from medical school and residency, he started his carrier as a pediatrician in Pakistan. He worked for a nonprofit organization called SOS (SOS children’s villages) and joined their hospital and outpatient centers. The hospital and clinics were exclusively providing services to underserved Afghan immigrant children. He ultimately became in charge of the regional hospital and outpatient centers for this organization. After immigration to America, he shifted his focus to adult medicine. He did his 3 years internal medicine residency at the University of Nevada and finished his internal medicine residency in 2014. He was then, offered a spot as an inaugural Gastroenterology fellow for the University of Nevada program. He finished 3 years of gastroenterology and hepatology training at the same University. During his training and post-training, Dr. Abdul Basit remained academically active and has published numerous book chapters and peer-reviewed articles in reputable journals and books.